Indian web series has gained widespread popularity in recent years, with many of them receiving critical acclaim and fan following across the globe. With a plethora of options available on various streaming platforms, it can be overwhelming to choose the best ones. In this blog, we will take a look at some of the best Indian web series that you can stream right now.

This neo-noir thriller series, which is available on Netflix, has been one of the most popular Indian web series of all time. Based on Vikram Chandra’s 2006 novel of the same name, Sacred Games follows the story of a troubled police officer, Sartaj Singh, who receives a call from a notorious gangster, Ganesh Gaitonde, warning him of a catastrophic event that will strike Mumbai in 25 days. The series boasts of an ensemble cast, including Nawazuddin Siddiqui, Saif Ali Khan, and Radhika Apte, and has received widespread critical acclaim for its direction, performances, and writing.

This Amazon Prime original series is set in the lawless and corrupt world of Mirzapur, a city in Uttar Pradesh. The series follows the story of two brothers, Guddu and Bablu, who get drawn into the world of crime and violence after a series of events lead them to cross paths with the powerful and ruthless Kaleen Bhaiya, the leader of the Mirzapur mafia. The series, which stars Pankaj Tripathi, Ali Fazal, and Vikrant Massey, has received positive reviews for its performances and the way it has depicted the harsh realities of the Indian hinterlands.

This Amazon Prime original series tells the story of Srikant Tiwari, a middle-class man who works as a senior analyst in the TASC (Threat Analysis and Surveillance Cell) of the National Investigation Agency. Srikant has to juggle between his mundane job and his family life, while also trying to keep the country safe from terrorist threats. The series, which stars Manoj Bajpayee, Priyamani, and Sharib Hashmi, has received widespread praise for its performances, writing, and direction.

This Netflix original series is based on the real-life events of the 2012 Delhi gang rape case, also known as the Nirbhaya case. The series follows the investigation of the Delhi Police as they try to track down and arrest the perpetrators of the heinous crime. The series, which stars Shefali Shah, Rasika Dugal, and Adil Hussain, has received widespread critical acclaim for its performances, direction, and writing.

This Amazon Prime original series is a drama that follows the lives of Tara and Karan, two wedding planners based in Delhi who run the company “Made in Heaven”. The series explores the complexities of relationships and the societal pressure to conform to certain norms and expectations, while also delving into the lives of the privileged elite. The series, which stars Arjun Mathur, Sobhita Dhulipala, and Jim Sarbh, has received widespread critical acclaim for its performances and writing.

These are some of the best Indian web series that you can stream right now. Each of these series offers something unique and brings a fresh perspective to the table. From thrillers and crime dramas to family dramas and social commentary, these series have something for everyone. So, if you’re a fan of Indian web series, these are definitely worth checking out. 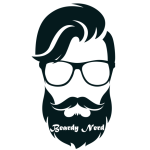 When do you need to rent a minibus in London?

Where can I work as a video producer?

Wolfgang Amadeus Mozart: All you need to know!