The twenty-first millennium is the century of diversity, and it doesn’t matter wherever you go – USA, UK, Australia, France, or India. They are all multilingual societies where people converse in more than one language. However, almost every app uses the English language when talking about dating apps. It is why most of the popular dating apps have yet to make many inroads in these areas. A multilingual dating app is what people need in these areas.

Take India for an example. Here, in north India, besides Hindi, people speak Punjabi and Kashmiri. While in the east, you will find people speaking Bengali, Odiya, and Assamese. South India has languages such as Telugu, Tamil, Malayali and Konkani etc. Their primary conversation medium is their mother language, and they are more comfortable talking in their own language.

The best online dating app should be multilingual.

Nowadays, every other big city boasts a polyglot culture; therefore, dating apps need to sync with the local language and culture. Ultimately, all these dating apps aim to attain a wider presence and a bigger user base. Therefore, even from a business point of view, giving an option of a multilingual dating app is pertinent. Some dating apps realized this fact and made an effort to make their app multilingual. Users lost no time joining these apps, and these apps amassed a huge user base in weeks. Hence, the best online dating app needs to be multilingual.

We all know how dating apps have changed the rule of love and romance in the last decade. It opened new avenues for those who were hitherto shy and introverts, especially when it involved interacting with people of other ***. They were hesitant to open up with strangers, and finding a partner was an uphill task. However, the advent of dating apps changed all that. Now, you can interact virtually without being concerned about how the other person would react.

However, those who are fluent in the English language could take full benefit of such dating apps. Suppose a user is more conversant in his mother tongue Tamil. If he intends to connect with his prospective partner, he will use Tamil as a conversation medium. Now with English language as the only option, he will not be able to convey his true feelings and will be able to understand what his prospective date thinks about him. Eventually, the conversation will come to a dead end. It is where a multilingual app is a natural choice.

Multilingual App is the Need of Hour

The same was different for users who spoke regional languages because the language posed a big barrier to expressing themselves. Interestingly, the number of such users was also quite high. They were not able to enjoy the full benefits of dating apps. They only stay for a short time on these dating apps. The app owners realized this because they needed help to retain their users.

In the end, everything comes down to how good your business is.

The creators of dating apps are no social workers. They are hardcore businessmen who want to popularize their apps by creating a huge customer base. And that is only possible if they give such features that customers want. We all know customers are king. If they think a multilingual dating app is a better option than a regular dating app, the developers have no choice but to comply. And this is the way to go. Moreover, if there is a demand for something, there has to be a supply. 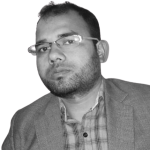 You Can Order These Hottest Cakes From Patna Right Now!

Best Tourist Places in India to Celebrate the New Year 2023

10 Most Popular Birthday Cakes for Girls